Skip to content
Home
Temporomandibular
Does anybody out there truly understand this relationship?

Is it just the brain getting it wrong or are there sound bio-mechanical or physiological reasons for the adaption of the head position?

It appears that many people who suffer from TMD have neck problems resulting from their condition such as neck pain, neck stiffness, limited mobility and neck crunching. For me personally, my neck symptoms are the most distressing aspect of my condition. For reasons that I won’t go into now, I strongly suspect that the rest position of the mandible is a major factor determining head position. If a person holds their head in an abnormal way then the muscles supporting the weight of the head will have to adapt which can often lead to the symptoms described above.
The way that a person carries their head is of course automatically determined by the brain and is not something that one consciously controls.
Also, I believe that FHP is a symptom of something else and not the root cause of the above. Is my theory about the link between the mandible rest position and head position correct? If so, does anybody out there truly understand this relationship? What are the reasons for this link? (Is it just the brain getting it wrong or are there sound bio-mechanical or physiological reasons for the adaption of the head position?)

Marcus Decimus
Yes but my question is about bad neck resulting from TMD.

Саша П. Јанковић
There is no real evidence that neck conditions result from TMD and vise versa. But we know (empirically) that, when a patient suffers from both, treating only one while neglecting the other one, will not produce good results. Both conditions are stressful enough (each one by itself), and one, if getting worse, can worsen the other. I screen my TMD patients for neck pain/stiffness, and if I find the neck positive (painful), I urge my patient to visit a physical therapist (or a specialist of physical medicine if needed) to start a neck/back treatment. So, the two of us (me, being an orthodontist, and the other expert being a PT) must be informed about each others’ treatment plans and progress, because we share a patient with problems that are closely related.

Marcus Decimus
Well if you mean by “no real evidence…” a lack of scientific studies investigating such a link, then that really is a sad state of affairs which goes a long way at explaining the reasons behind our current lack of understanding of this complex subject. In my opinion there is a whole host of real evidence to support my theory which I won’t go into now. You said it yourself about your TMD patients having to have both the TMJ and neck addressed at the same time to improve their prospects of success. Also, when I initially developed TMD I also developed neck problems. I have never had neck or back problems previously. In relation to physical therapists, my impression is that they usually only focus on the symptoms and not the root causes which is not what I am interested in. I wrote the above question hoping that someone could shed light about the link between the mandible and the neck in anatomical and bio-mechanical terms and written in laymen terms if possible.

Саша П. Јанковић
Osteopathic (craniosacral) therapy practicioners have their view – you could consult one of them. Being broad-minded, they are always willing to cooperate with other branches, and even some orthodontists respect them.

Bernardo Rodriguez Alonso
of course there are evidence and are a strong relationship…. The position/ relationship of the lower jaw with skull is strongly related to skull / vertebrae relationship !.. How come you can say there is not evidence!!!

Саша П. Јанковић
Bernardo Rodriguez Alonso Read what actually I wrote before you attack 🤓 I say there is empirical evidence – meaning: we observe there is relationship, and we acknowlegde there is. Some of us will even respect that relationship and will take it into consideration. We may incorporate that knowledge into our diagnostical and therapeutical approach (and some of us do, including me, wherever I find that relation). But, there is no scientific evidence – meaning there was no scientific study done examining direct relation between TMJs and cervical spine. And for a scientific study some criteria have to be met. Also, nobody found any direct anatomical link between those structures (meaning: connection by a ligament, a muscle, a blood vessel, a nerve…). Being aware of this, we cannot guarantee that TMD treatment (by itself) would solve neck problems and vice versa. Being a doctor, I must think critically and act responsibly. That doesn’t mean I would discard a possible connection, otherwise observed as something that might really exist… [sick of trying to explain what I didn’t say…] I agree with Marcus Decimus on this lack of scientific studies – that really is a sad state of affairs. But, that is the job for a scientist… which I am not.

Marcus Decimus
Саша П. Јанковић I am 95% sure that there is definitely a relationship between mandible position and head posture in the context described above. If you are right that only “some” practitioners will take this relationship into consideration when diagnosing and treating patients then this is extremely worrying. Let me briefly explain the motivation behind my original post. I recently had a splint made for me. It opened up my bite by approximately 2mm. After wearing it as prescribed my symptoms became more severe and I developed new ones. Fortunately when I took it out my symptoms improved. Anyway without going into the details of my experience, the conclusion I have drawn from this is that most practitioners do not possess enough understanding about where to position the mandible using a splint/orthotic to treat TMD patients. Therefore, I believe it is vitally important to that someone out there hurries up and conducts proper scientific experiments to investigate this relationship so that the repositioning of the jaw is more likely to yield positive results for the patient. If you are right that there is no anatomical, blood vessel or nerve link between the relevant structures then this strongly suggests that it is the brain automatically adjusting posture according to the position of the mandible. If that is the case, then this is something that can easily be investigated with proper scientific methods.

Sofia Nilsson
Same for me.

Aarthi Arunkumar
Before jaw pain i was having neck pain, dizziness and headaches. When all this become worst i got jaw pain nd facial pain

Tatiana Gelfand
Clicking or pain are not the necessary signs of having TMD issues. Just as well as pain in the TMJ’s might not be indicative of real TMD. So the before or after is meaningless here. Just a remark about facts.

Keren Purchase
clicking in the jaw on each opening is due to a displaced disc, so it is a sign that there is a problem with the TMJ

Janet Scott
My OMF surgeon also told me that severe crepitus is nothing to do with discs and “not something that we treat” Told my mri was normal.. Its a quite shocking siuation we find ourselves in now with no hope or help.

Tatiana Gelfand
Clicking yes, is more indicative than pain. Yet, in my understanding after reading Dawson’s book, this can still be happening when the TMJ position can be corrected and healed. Therefore, in early stages of TMD which can be reversed.

Tatiana Gelfand
Yes, Janet Scott. I had this as well. And I strongly believe that this dentist’s statement was actually correct. Back then despite severe sounding crepitus, my jaw was acting pretty normal and I could reach a very stable and very repeatable bite with a strong loading (and aligned body). The only missing “thing” was the bite! LOL
Your surgeon was very likely correct as well.
IMO, you are not correct about no hope. There is hope! But we should look for solutions in the right place.

Janet Scott
Tatiana Gelfand So where in England would I look? I have an anterior open bite caused by orthodontics and missing teeth.

Tatiana Gelfand
I am not in the UK.
My suggestion is to start with understanding of your posture, head position, then finding the best pain-free position (without letting the teeth touch). Once you understand what is approximately that you want, then you can look for someone to help achieve that. Sorry, I do not have an easy ideal recommendation nor a magic stick: see this dentist, he/she will fix you. IMO, after a certain point of jaw-body devastation, it becomes a hard job to get out and we have to be involved in it. Is the open bite your main complaint? Any other symptoms?

Janet Scott
Tatiana Gelfand I do have head forward posture and no pain free position. I have severe clenching and bruxism 24/7. I have a flat left condyle and bone on bone on the right. I have not had a pain free position since 2011.

Tatiana Gelfand
I understand! So the focus should be on releasing the FHP (while not letting the teeth to touch and misguide the jaw). IMO, the other symptoms indicate the lateral jaw shift (and likely the neck issues as well). This again should be addressed before changing your bite. The bite might likely change quite a bit if the head, jaw will be more or less in place. What was the initial cause for all this? If dental work, then for what reason?

Sara Livingwell
Can you tell me how the Botox works? Does it work…

Mazza L. Marcello
What is surprising is that these facts and the treatments that have been developed on this science are not tought at dental schools. And that self proclaimed TMD experts do not have a clou.

Stephanie Kara
I noticed that once I started doing physical therapy for my neck issues, it became a lot easier to hold my head up and use good postural positions. Slumping almost feels unnatural now. 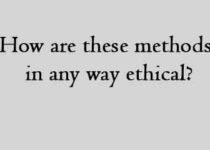 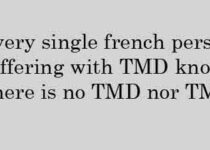 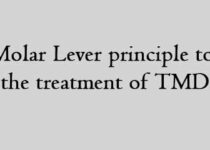