Anyone one has any experience with this

I would like to start dating again, however a year ago I had a bad panic attack on a date. I was told that I was a very awkward person. I was just wondering if anyone one has any experience with this or how to go about telling people about panic disorder. Thanks in advance.

Ellie Bailey
Im married and having a hard time trying to explain to my husband in a way he understands.. its hard. Might actually cause our divorce. 🙁

Kevin MacInnes
Ellie Bailey I was married for 12 years and have two girls. I’ve been divorced now for 3 years. Pre COVID I was doing pretty good but my psych put me on 150 mg of Wellbutrin along with my original cipralex 25 mg . I believe this combo lead to the severe panic attack.

Ellie Bailey
It may have. Have you concidered getting the gene test done? It tells what youd respomd to best as far as medication.

Kevin MacInnes
Ellie Bailey I’ve actually never heard of the gene test. Do you have a recommendation?

Ellie Bailey
I haven’t had it done yet, but I hear great things about it. 🙂

Chrissy Harrison Adams
Date someone whom is understanding from day one.

Cory Sem
I need to feel 100% with a person that is understanding with this issue or it will never work. I’ve tried to hide it in the past but it is so hard. If they referred to you are awkward then they didn’t deserve you in the first place.

Kelly Brooke
I think you always just need to be yourself. If anyone has a problem with that then they just aren’t your person. You need to be with someone who is compassionate and empathetic and can understand that we all have our own issues that we come to a relationship with. I think you should just tell them you have an anxiety disorder….sadly I feel that it’s relatively common today so he/she might even understand mostly what that means. Maybe you can find a perfectly “awkward” anxious person too and live happily ever after 😀

Candance Bridget Butler
I felt the same way a few years back and I met my husband in a very inconvenient way however we started as friends and that lasted maybe 6-8 months and we have been together since 2018. He doesn’t always understand but he is patient and has told me I was odd or weird in a joking way occasionally but go for it and find someone who can handle your quirks there’s someone out there just don’t over think it and be yourself.

Lisa Speer
I have schizoaffective disorder as well as anxiety disorders, and I tell dates early on.This way if it scares them away it happens early and is over with.I had a couple of people scared off but a couple of people understood and accepted me.That is just what has worked for me

Tom Slybrook
Anybody worth it will understand from the get go.

Kevin MacInnes
Yeah I’ve usually told potential people this right from the get go, but I’ve found more often than not that most people don’t want to hear about it.

Élise Lucie Henripin
Kevin MacInnes it’s true, but at least you don’t waste your time with them.

Brittany Sanchez
Maybe you can find someone who has also suffered from anxiety and understands it. I’m in the same boat plus I also get migraines. It is kinda scary to think about putting myself out there. 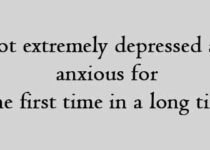 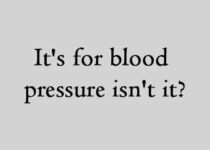 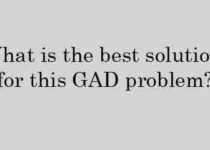