Skip to content
Home
Transient Ischemic Attack
I have suffered from anxiety/depression for years and have had several attacks.

Is that one of the symptoms?

Hey all, 37-year old mom of 6 here. l had my first two T.I.A. episodes last year, unexpectedly. Some of the doctors and paramedics were saying l had them, while others tried to play it down as just anxiety attacks. Gave me anxiety meds and sent me on my way after several hours of monitoring. I’ve suffered from anxiety/depression for years and have had several attacks. Not one of them has been like that. I was laying in bed for the night nursing our now 2-year old. All of sudden, my jaw/left side of my face becomes really stiff. When l stood up, l noticed that my left side in general felt stiff. I went downstairs to tell my husband about it and that l felt like something was wrong. I figured l would be going to the hospital so, l began to get dressed. Everything, was in slow motion. My husband, called the ambulance and by the time l got back downstairs, they were there. They began asking me tons of questions that l had difficulty answering because my speech began to slur. All the while in the ambulance, I’m hearing terms like “mini stroke/stroke” being tossed around. I was greatly upset because it was my oldest daughters birthday and I would miss out in what i had planned for her. All the while in the hospital, the drs run tests, but came they out clean. My slurring lasted for a few hours. l was prescribed anxiety meds and sent home. I followed up a few days later at my PCP and l kid you not, in the middle of me trying to explain the episode to her, my left side starts to lock up again and my speech becomes slurred. An ambulance was called and I’m on my way yet again to the ER. More tests ran, l even seized a bit while there during the CAT scan and while waiting in the room. Tests were all clear again and l was just left confused again. More anxiety meds prescribed and they shooed away. Did l mention, that that same week, before the attacks happened, l was diagnosed with a DVT in my right arm? I’m right handed by the way. Just great. My right side is also the better one for blood draw so, imagine the stress of them trying to continuously prick me on my left with no luck. So many tests ran afterwards for CAT, MRI, PE… lots of blood taken. Eventually put in baby aspirin because my BP has been fluctuating off and on since then. This leads me to yesterday, when l felt another attack coming on. While not nearly as severe, l could feel my jaw get stiff and my pressure was 159/109. Honestly, l felt l was having some trouble catching my breath. It’s been scary ever since last year because l fear getting too upset about things bad ending up back in the ER for this. I’m curious, if any of you had elevated BP levels at the time of your attack? Is that one of the symptoms?

Rebecca Marlis
I have similar symptoms with my late stage neuro Lyme. I thought I was having TIAs, but had a whole neuro work up and Nope. It’s the Lyme 🙁
Low BP. POTS. Slurred speech. Right sided numbness and weakness. Facial spasms. Muscle spasms.

Rebecca Marlis
Ps – my Lyme tests were all “negative”. 8 years post but, of course because my body isn’t making antibodies to test for.

John Mare
It is dangerous for health care professionals to assume because someone has had a mental health problem in the past, that is the cause of the problem now. I would say a more objective second opinion might be a good idea.

Emma Poynton
After waiting 2.5 hours to be seen in emergency my bp was 190/120. I have also been told stress or minor stroke for my symptoms. Not TIA as I am left with tingling mouth and alien hand 5 weeks later. But no one can explain how stress can cause left side only symptoms. I don’t understand it really. Also having massive sleep probs since. I was admitted twice in one weekend.

Claire Louise
I had sudden onset left facial and tongue droop, loss of speech and left sided weakness. By the time paramedics arrived my BP was 210/144 but aside from being very weak my facial movement had begun to return. It happened so fast, one minute I was talking to my kids the next it happened!
However, and this was the weirdest thing I had EVER experienced, I couldn’t recall dates when the paramedics were asking me. It’s like I knew I knew it but my brain wouldn’t form the information to pass to my mouth. So surreal! An hour later I felt ok just a bit weak BUT a year later I still suffer terribly with my memory.
I was told it was a migraine at the time in A&E (never suffered with them in my life but have had a previous TIA & PE)
My specialist has put me on Clopidogrel since and will be for life but recently when I called the doctor to sort meds for my heartburn, he said ‘oh you can’t have that because you’ve had a stroke’. Not a TIA, he said my consultant notes say ‘stroke’.
My point is I still don’t know what I actually had 😂
I’m sure half the time they haven’t a clue what they’re doing so get a second opinion for your own peace of mind xx 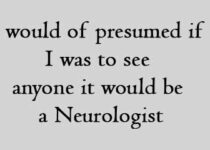 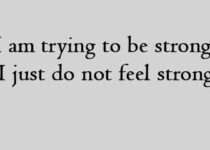