Men suffering from prostate cancer and related ailments are more than likely familiar with the name Propecia. A much prescribed drug, it contains the active ingredient known as Finasteride. It is a prescription drug and would not have made many headlines, had it not been for the astounding side effect that it has the power to re-grow hair! Not unlike the weight loss industry that is always on the lookout for the latest gimmick, fad, or pill, the hair loss industry also thrives on reports that any substance – herbal supplement, prescription drug, or cough medicine – has evidenced the potential for growing or re-growing hair.

This has led to a boom for Internet merchants who quickly caught on to the fact the off label use of Propecia is rumored to grow hair, yet at the same time there is a lot less fanfare and press about the fact that this very off label use poses dangers that may not be known to the general public. Quickly glossing over the details or simply putting them in impossible to read fine print on a plethora of websites, Internet merchants will set up contrived online consultations with supposed physicians who may then go ahead and prescribe the drug which the site is actually selling. While the legalities of this endeavor are highly suspect, the fact that it is a lucrative business cannot be denied, especially considering that the number of sites participating in this scheme is increasing rather than decreasing.

Those concerned about the fact that the off label use of Propecia grows hair but poses danger to some will do well to educate themselves prior to consenting to the use of the drug themselves. For example, it has become evident that while this medicine does have hair growing powers, they do not extent to severe hair loss or bald heads. If all is lost, not even this drug can accomplish any growth! In addition to the foregoing the active ingredient in this prescription medication is highly toxic to pregnant women and it has been documented that even the simple handling of a pill by a woman in the beginning stages of pregnancy will lead to severe birth defects if the child is male.

Even as this may not deter the average man in search of a hair loss cure, it does give pause to those with families, and it has physicians hesitate for long periods of time before considering prescribing anything that volatile and potentially dangerous for a condition that is more vanity driven than anything else. After all, thus far nobody has died from hair loss! Unfortunately the ready online availability of this drug has made it next to impossible for those who lack a lot of the education about this product to make a truly informed decision, and since this little fact is actually a deterrent to a sale, many online pharmacies are not as forthcoming with the facts than one might hope. This leads the average consumer to realize that when it comes to the off label use of any drug – for any purpose – it is the buyer who must beware, especially when the use of the prescription medicine is not discussed in detail with a licensed physician! 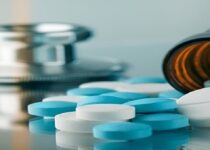