Skip to content
Home
Protozoan
Protozoan which two are Very Common in the U.S. and What Diseases do they cause?

The protozoan is a word that comes from two Greek words, the prefix pro meaning before and the word Zoe meaning life, together the meaning of protozoa is “before animals” which refers to unicellular eukaryotes. I am going to be talking about two types of protozoa that you may have heard of or even contracted at one time or another. They are very common in the United States and affect over 14 million people each year yet only affect a small percentage of those people.

Protozoa are primitive un-complex organisms, whose and based on the flagellated protozoan, which two of these organisms are most common in the U.S., and what diseases do they cause?

Protozoan parasites that are common in the U.S.

As you know, Protozoa are single-celled eukaryotic organisms that are too small to see without a microscope.

There are over 100,000 species of Protozoa, and they’re everywhere! Some kinds of these tiny critters can even live inside your body.

Of course, some types of Protozoa are more common than others. And some types cause diseases in humans.

Here are the two most common Protozoan parasites in humans:

This causes giardiasis, the most common parasitic disease in humans. The parasite is found in stool and water supplies worldwide, but it is particularly common in developing countries where sanitation is poor.

If untreated, giardiasis can result in malabsorption of nutrients from food and vitamin deficiencies.

This causes amoebic dysentery and liver abscesses. It is found worldwide but is especially prevalent in tropical regions with poor sanitation; it’s also common among swimmers and other people who ingest contaminated water or food. 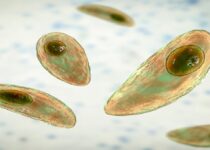 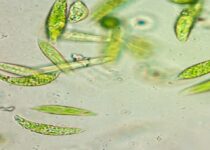 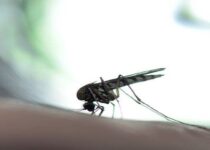