Botswana’s population is growing at an average rate of 3.2% per year, which is among the highest in Africa and faster than the 1.4% growth rate for all of sub-Saharan Africa as a whole. With this rapid growth comes increased risk for diseases such as HIV/AIDS and malaria, as well as other infectious diseases. These can strike anyone at any time, but they tend to weaken and kill those who are very vulnerable, elderly, or have underlying health problems. Though uncommon, some common diseases in Botswana exist; in this article, we’ll look at four common diseases that strike 1 out of 7 people.

The most common diseases in Botswana

Botswana is a country in Southern Africa. It’s a landlocked country with a population of 1.6 million people. The most common diseases that one in seven people get are malaria, tuberculosis, and HIV/AIDS.

The most common diseases in Botswana are:

This is caused by a parasite that infects humans and other warm-blooded animals. It is unfold through the bite of AN infected dipterous insect.

If left untreated, it will cause death.

This is a bacterial infection that is spread through the air when an infected person coughs or sneezes. Tuberculosis can affect your lungs, kidneys, or brain and cause serious damage if not treated early on.

This is an infection that affects the gallbladder and causes severe diarrhea and vomiting, sometimes with blood in the stool or vomit.

Several other diseases occur in Botswana, including leprosy and measles. These diseases are primarily spread through contact with infected people or animals.

What Are Common Diseases in Botswana That 1 of Seven People Get?

According to a new study, there are dozens of diseases that one person can get in Botswana. The study was conducted by the University of Michigan, USA, and the National Institute for Health Research (NIHR).

Another common disease is tuberculosis (TB).

TB is an airborne disease caused by bacteria, which can cause lung damage and death if left untreated. It affects mainly the lungs and is spread through the air from person to person. Symptoms include coughing up blood, weight loss, fever, and chest pain or a deep cough. Treatment involves taking medication for six months or longer.

The next most common disease is malaria.

Malaria is caused by parasites that live in warm water sources such as lakes and rivers in tropical regions of Africa’s equatorial belt (between latitudes 5° N and 24° S). It causes flu-like symptoms including fever and fatigue, headaches, chills, and nausea followed by convulsions (seizures). Patients may need hospitalization for treatment which involves taking medicines regularly for several weeks. 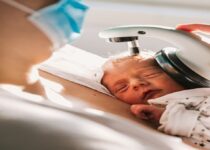 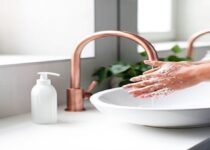 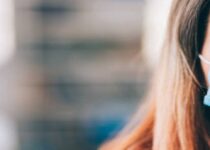